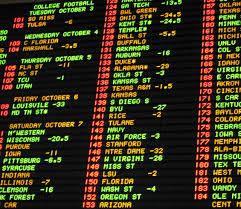 Here are exclusive NFL Turkey Day picks from Chuck McCormick-Director of Race and Sports for Sunset Station in Las Vegas. For more exclusive picks listen Saturdays to The Game Changers on 87.7 The Game! (11/29 3-6pm)

Lions are only 1-9 SU and 1-8-1 ATS their last 10 thanksgiving day games……only win against GB last year with Matt Flynn at QB. However, the Bears don’t play well on turkey day either losing 5 of their last 6 straight up. Interesting trend: teams coming off back-to-back SU wins heading into thanksgiving against teams coming off SU back –to-back losses are 7-0 SU and 6-1-1 ATS last 7 games. Detroit offense really struggling of late….. looks like the game may be going to 7 ½, may be too many points.

May be an elimination game for the loser. Both teams still on the outside of the playoffs looking in.

First meeting since last year’s NFC title game with Sherman and Crabtree going at it. 49ers are currently a 1 point fav. I think this game goes to pick or the Hawks the fav. 49ers possibly getting points at home is the play.

This entry was posted in Roker Radio. Bookmark the permalink.